The miseducation of influencer marketing

In 2018, Nick Stagge (now Wooly CMO) wrote a featured article for the Association of National Advertising, about his first experience listening to the Lauryn Hill and the miseducation of influencer marketing.

Just like Lauryn Hill's album (The Miseducation of Lauryn Hill), we think this article has aged well. Read the original story here.

The miseducation of influencer marketing

In 1998 I was selling CDs as an assistant manager at Sam Goody. I was into bands like Rancid and Rage Against the Machine and had not yet been exposed to the truth of hip-hop music — but that was about to change.

We received in-store promotional materials hyping Lauryn Hill's debut solo album, The Miseducation of Lauryn Hill. While hanging the window posters I started talking to my co-worker Jake about this "junk album" we were promoting.

Jake quickly set me straight, and started by having me listen to the Fugees album The Score (for those of you who don't know, Lauryn Hill was a member of The Fugees). I was hooked. And I couldn't wait to get my hands on her upcoming album.

No poster, sticker, commercial, or billboard had yet convinced me to give hip-hop a try. But I trusted Jake because he knew more about music than anyone I'd ever met and he had always pointed me toward music that spoke to me. Now, years later, I've spent countless dollars on hip-hop albums and concerts.

The Truth Behind Influencer Marketing

In 2010, Instagram and Snapchat hit the social media world with the promise of an ad-free environment. While these companies built enormous user bases, they couldn't stop marketers from creatively getting around the blockade, and advertising on their platforms. Instead of being shut out by the social media giants, marketers tapped into the "instafamous" to promote on their behalf.

As marketers attempted to scale their reach on these platforms, they prioritized users with large followings rather than those with an authentic connection to their brand. They replaced one ad buy with another — leveraging "influencers" as media channels, rather than trusted sources for advice on what to buy. 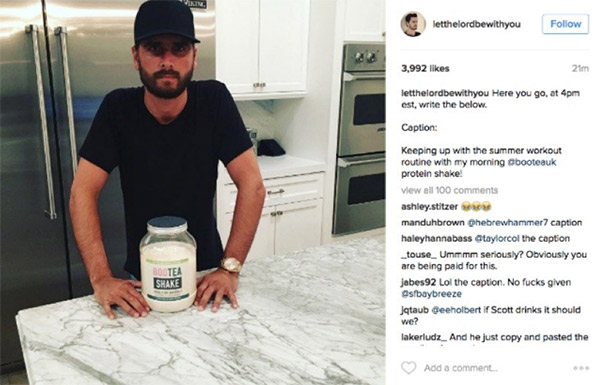 Scott Disick, member of the Kardashian clan and host of 20 million Instagram followers was paid by Bootea in 2016 to promote its latest product line, despite not having experience in the health or fitness industry. 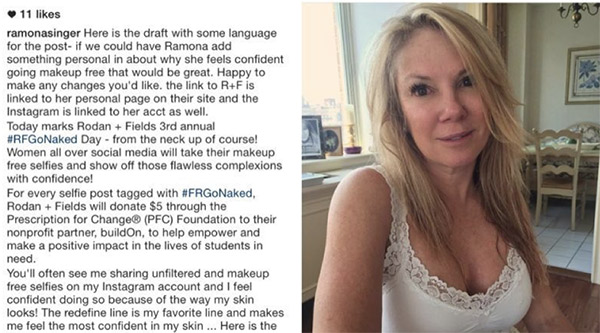 Rodan + Fields contracted Ramona Singer to share its new marketing campaign despite having her own makeup line and anti-aging products.

These influencer campaigns are frequently highlighted as flops because these influencers posted the brand instructions rather than a "genuine" caption. Even when well-executed, do these campaigns actually influence purchasing decisions? Is the consumer going to purchase Head & Shoulders shampoo because actress Sofia Vergara told them to?

Consumers Need Advice On What to Buy

According to eMarketer, total media ad spending worldwide will rise 7.4 percent to $628.63 billion in 2018. With this option overload, consumers continue to question who to trust for advice on what to buy.

Consumer trust in marketers is at an all-time low, but the distrust doesn't stop there. As shared by MediaPost, a recent consumer survey of more than 500 people revealed that only 4 percent of consumers trust celebrity endorsements and a mere 7 percent view professional athletes as a trustworthy source for a recommendation.

The primary concern for these consumers is that these influencers are paid by the brands they're promoting, which erodes any sense of authenticity. When the motive behind a recommendation is self-centered, the recommendation loses impact. To quote Lauryn Hill, "It's funny how money change a situation // Miscommunication leads to complication."

That same survey found that 83 percent of consumers trust recommendations from friends and family. Steve Knox, a long-time executive at P&G and senior advisor for BCG has found that the number one driver of purchase intent is a recommendation from a trusted friend; in fact, 50 percent of purchases are consulted with family and friends first before making a purchase.

The motive behind these family and friendly recommendations are focused on the individual receiving the recommendation, not the one giving it. This dynamic of pure intentions cultivates a level of trust — and leads to a confident consumer.

The Power of True Influence

When Jake recommended I listen to The Score, he didn't have a large social following — hell, social media didn't even exist. But he had something more powerful: my trust. The source of influence isn't reach, its knowledge and authenticity.

Harnessing the power of true influence builds brands and drives sales. Because "wisdom is better than silver and gold."